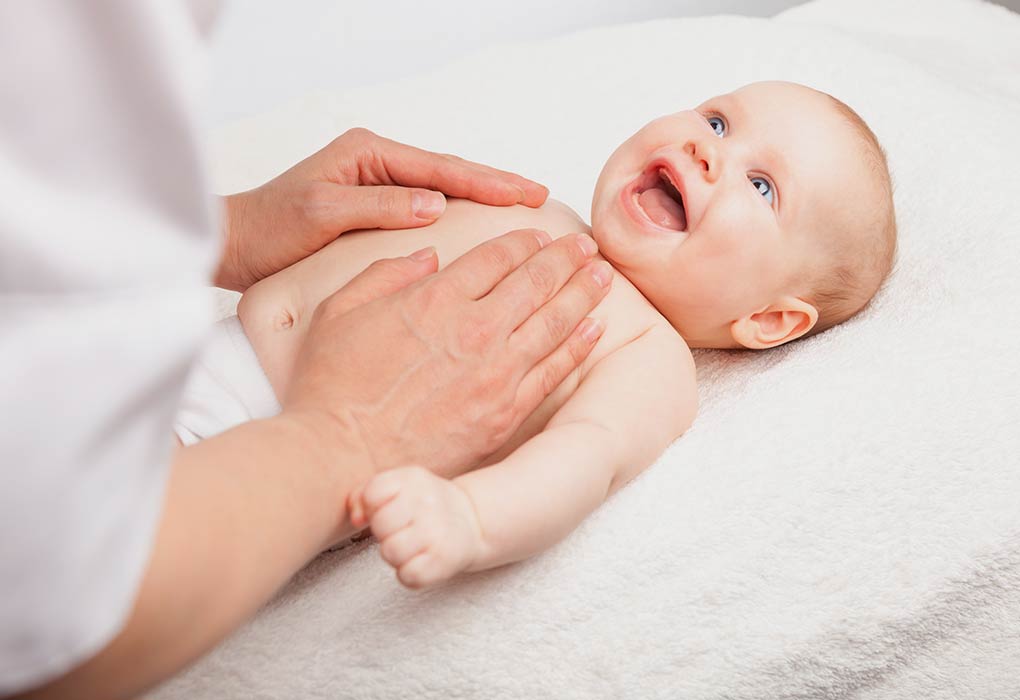 Most of you all know by now that a passion and specialty of mine is caring for children. In addition to gentle Chiropractic adjustments, cranial-sacral system therapy is a highly effective technique- for breastfeeding function, for neurological development, for all vital functions of life!

To begin, it will be helpful to talk about some Anatomy. I LOVE ANATOMY!!! There is a thick leather-like covering of the spinal cord inside of the vertebral canal called the meninges.  This thick tissue extends the entire length of the spine- from the top all the way to the bottom. The posterior end is attached to the bottom of the coccyx (tail bone) via a thin strand of fibrous tissue called the ”filum terminale”. The superior end actually continues past the upper cervical spine (neck) and blends into the periosteum (lining of the skull). This is a key detail because any abnormal tension at any point all the way down to the bottom will affect the cranium.  The inner most layer of the meninges is called the dura.

The skull (also called the cranium) is made up of 8 cranial bones and 14 facial bones which support the brain, eyes, inner ear and Eustachian tubes.  They form the sinuses and jaw (Temporo-mandibular joint or TMJ). A few of these cranial bones contain holes or “foramen” through which the cranial nerves pass. Cranial nerves are nerves that emerge directly from the brain in contrast to spinal nerves, which emerge from segments of the spinal cord. There are twelve pairs of cranial nerves which are responsible for smell; sight; eye movement; sensation and movement of the face, jaw, and tongue (needed for proper nursing); balance and equilibrium, taste and salivation, swallowing, voice, heart, lungs, head and shoulder movement.

There is a clear fluid called cerebral spinal fluid (CSF) which flows up and down inside of the spinal column and cranium by a pumping mechanism created by the motion of the sacrum and the cranial bones. In the adult, this motion is accomplished by the simple act of walking. In the newborn, this motion is established during the birth process as the baby is being squeezed through the birth canal.  The alignment of the cranial bones and attachments of the dura inside of the skull form a duct system that allows the flow of CSF throughout the brain and cranium. The CSF fluid controls the temperature in the cranial vault (like anti-freeze). Increased temperature leads to a tendency for seizure activity. The CSF fluid also provides nutrition and waste removal to nervous tissue and acts as a protective barrier (chemical and physical) for the brain and spinal cord.

The normal cranial-sacral system rhythm and flow of CSF begins even before birth. Uterine contractions occur throughout the pregnancy to facilitate fluid and rhythmic impulses in the growing fetus. At the beginning of labor, intra-uterine pressure starts at 10mm Hg and rises above 100mm Hg in the second stage. If the baby is in the normal birth position (head fully flexed when entering the pelvic outlet), the pressure caused by the contracting uterine muscles actually stimulate the normal flow of CSF in the infant’s spinal column. Of course, this process is absent in the event of a C-section, resulting in a decreased or stagnant flow.

“Delivery of the newborn involves passage of the child through a convoluted birth canal.  I believe vaginal delivery represents a child’s first CranioSacral treatment, spinal mobilization, myoneural system treatment and sensory-stimulation session.  In my opinion, all of these serve to prepare the infant for the rapid transition from life inside the womb to the outside world.  Nature seldom makes design errors, and I certainly don’t believe the birth canal is one of them”.

The delicate nervous system in infancy is protected not by bone, but by cartilage. In fact, the skull and bones do not fully ossify- become solid- until around 18 years of age. The skull at birth is extremely pliable and should be in a constant state of motion. This allows it to expand to adapt to the rapid growth of the brain for the first 3 years of life and, as mentioned before, also functions as a pumping mechanism for the baby’s CSF fluid. Misalignment of the sacrum and/or the upper neck and cranial bones also impedes the normal flow of CSF, causing nerve inflammation, increased pressure in the spinal canal and skull, and greater risk of infection and damage of brain and nerve tissues.

The brain grows 2 ½ to 3 times its birth size in the first year of life with 90% of the neurological development and synaptic connections completed by the age of 6. During the first year of life, each cortical neuron develops 1000-10,000 connections with other neurons. It sounds hard to believe, but the baby’s developing brain makes almost 9000 new synaptic connections per second during the first year of life!  There is a covering on most of the major spinal tracts and the cerebrum (responsible for movement, sensory processing, smell, language and communication, learning and memory) called a Myelin sheath made up mostly of protein and fat.  This covering allows the nerve impulse to travel. The nerves of an infant are “naked” and just starting to form this Myelin.  This is why his motions are awkward and uncoordinated.  This is also why those actions become much more purposeful and controlled as he matures. Partial myelination is completed by the end of the second year of postnatal life, while full myelination is completed after the tenth year. Compression on the brain or nerve pathway, caused by bone, muscle or dura tension, causes significant over-stimulation of the baby’s sensitive system.

Stunted or delayed development at any point in the development of the CNS (central nervous system) will have permanent and far reaching effects on the functional outcome of the nervous system. By age six, all of the motor and sensory functions we use as adults have been fully developed. Damage at any stage prior to the preliminary development of these functions will cause compensatory patterns to either be learned or occur naturally to allow us to interact with our environment to the best of our ability. If corrections are not made early in life, studies have shown that these children will function at a greatly reduced capacity later in life.

“If both sides of the occipital base (bottom of the skull) are severely compressed, it’s common to see colic; food regurgitation; esophageal reflux; respiratory difficulties, rapid heart rate; and compromised bowel function (constipation or diarrhea). There also may be spasm of the neck muscles. If left untreated, the situation may result in a hyperactive child syndrome and attention deficit disorder”.

Here’s another quote by Major De Jarnette- the founder of the chiropractic Sacral Occipital Technique.

“The only true subluxation you ever see must be in a child prior to the age of seven years. If this subluxation goes uncorrected it becomes a primary source of stimulus through life, but the tombs of distortion, which form from one traumatic experience to the other, soon bury this primary subluxation under that ‘tomb of distortions.’ The subluxation that all of us worry about occurred sometime between birth and the seventh year of life, and the remedy would of course be careful chiropractic care from birth through the seventh year of life”.

A newborn suffering from increased intracranial pressure and abnormal CSF rhythm will often be “colicky”, uncomfortable, have abnormal digestion and excess gas, and have difficulty sleeping. These children may show only minor symptoms in the first months of life, but later on at the age of 5-6, they often suffer from headaches, postural problems, or diffuse symptoms like sleep disorders, the inability to concentrate, difficulties with coordination, short-term memory loss, anxiety and hyperactivity (overactive Sympathetic nervous system) and lowered immunity.

Problems with nursing are often due to cranial-sacral system misalignment; especially related to the TMJ (temporal mandibular joint) or jaw. The inability to open the jaw fully, to turn the neck (due to vertebral misalignment) and/or pressure on the Cranial nerves which controls the tongue and muscles for sucking result in a frustrated baby and Mom. Teething will also be much more difficult when the jaw and soft palate cannot expand normally.

The most common cause is BIRTH! The sutures and fontanels (soft spots) allow the bones of the cranium to overlap one another during the birth process as they compress while entering the birth canal. This process is called molding. In the event of a longer, more difficult labor, more pressure results in more molding. Because the sacrum is the other largest structure in the bony skeleton, it also easily rotates out if alignment during birth. Both situations can occur even while the baby in developing in-utero if he/she is in a compromised position for an extended time. The cranial bones should resume their normal appearance within one week after birth. Even if there isn’t noticeable physical asymmetry, there can still be misalignment and increased pressure of the internal structures.   Cranial sacral system therapy can restore normal motion, alignment, and function for your healthy growing baby.

HOW IS IT DONE?

Cranial-sacral system therapy as well as Chiropractic care for children is extremely gentle and is performed using acupressure, massage, light traction and Activator (instrument) adjustments. There is no “twisting” or “popping” of the spine that is often associated with adult adjustments. ***Not all chiropractors are alike.  Make sure to seek a chiropractor who has completed advanced Pediatric and Specific Cranial training as well.

One last serious thought- What is your child’s health worth? What would you do to help your child avoid learning, social and emotional challenges? It is truly an honor to care for your children. It is incredibly rewarding to see comfort returned to a suffering baby (and very tired parents)… and to ultimately increase the lifelong health and potential of one human being who will affect many.

To learn more about breastfeeding and the anatomy involved in infants and how it affects breastfeeding, real-life case studies with breastfeeding patients, a host of interviews with lactation consultants, diagrams, demonstrations, and visual examples to teach the global subluxation pattern – The Anatomy of Breastfeeding.  This new, updated, accredited continuing education course is for Chiropractors who are looking to improve their careers, learn from leaders and experts in their industry, and looking for new opportunities! The course is approved for 10 chiropractic CE hours.

The Anatomy Of Breastfeeding

Dr. Gerner is a Chiropractor and has been a Maternity and Pediatric Specialist in private practice for over 16 years with an additional focus on functional infant cranial work. She teaches other professionals to support breastfeeding across the USA and internationally. She is a graduate of Life Chiropractic College West in 2004. She is a Fellow with the International Chiropractic Pediatric Association (ICPA) and a trained doula. She is currently Post Graduate faculty at Life Chiropractic College, West. She is the founding partner of The Good Life Collective, Davis, CA and the creator of The Good Life Learning, LLC. She is a wife, mother of 3 grown children, and lives in Northern CA with her husband and their 2 rescued dogs.

You have Successfully Subscribed!